The Path is Complete!

The walking path through the grove was completed at the end of August, 2017.

The path starts at the entrance to the grove and runs between the cherry trees that line the access lane.

The path splits once you arrive at the main part of the grove property. The path diverges left and right, both paths continue along the perimeter. The sandy patch at center-left of the photo (below) is where the layers of gravel were dumped before being distributed along the paths. 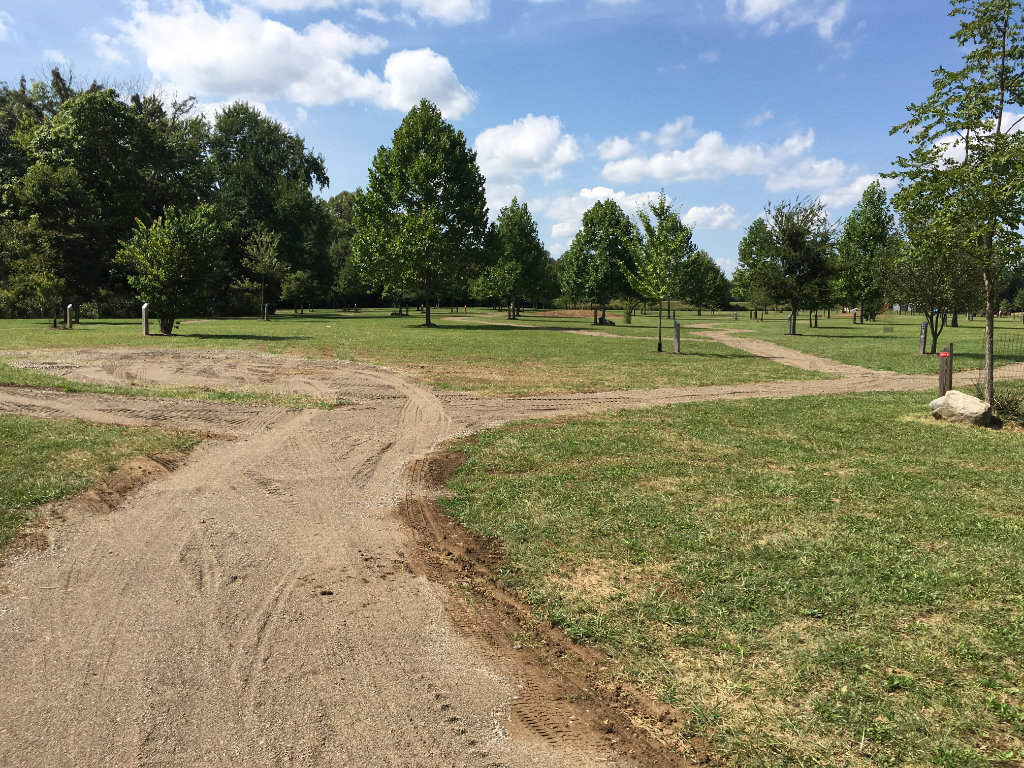 There are several interior paths that take you closer to the trees. You can see some of those in the above photo in the upper-right part of the picture.

As was planned, the dirt that was excavated from the paths was used to build several mounds. These help break up the otherwise flat topography.

You can see one such mound in the center of this photo. Here is a closer look, cropped from another picture: 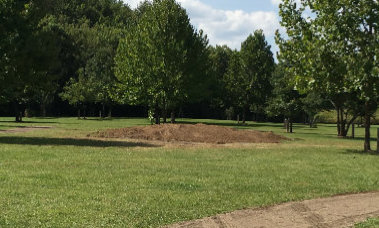 As you can see in these pictures, the path runs right by some of the trees, but it doesn't snake around to visit each and every of the 100+ trees in the grove. In the future, the grove plans to relocate some of the descriptive plaques so that visitors don't have to walk right up to each tree to read about it.